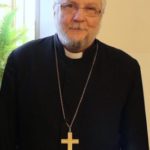 On behalf of all the pastors, deacons and parishioners, we cordially congratulate the Primate of the Evangelical Lutheran Church of Ingria, Bishop Dr. Arri Kugappi on his 65th Birthday! We wish him God's blessings, good health and longevity! ELCI press-service … END_OF_DOCUMENT_TOKEN_TO_BE_REPLACED 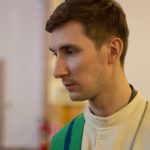 Arthur Semenov, a catechist of St. Anna’s Church, was ordained as a deacon. The ordination was served by Right Reverend Arri Kugappi, Bishop of the Church of Ingria. After the diaconal Ordination, Arthur Semenov will serve in St. Anna’s Church (Annenkirche) in St. Petersburg. the Annenkirche news webpage in VKontakte … END_OF_DOCUMENT_TOKEN_TO_BE_REPLACED 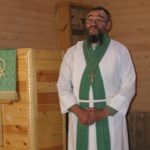 In 1987, in the Kazakh SSR, the electrical engineer Mikizh Mishin (03.02.1947-02.02.2010), Mokshan by origin, received a Bible. A year later he read the book "Lutheran Church in Scandinavia" in Russian, and this became a guiding influence for him. Within the Church, there was an idea to create a parish where the congregants could speak their … END_OF_DOCUMENT_TOKEN_TO_BE_REPLACED 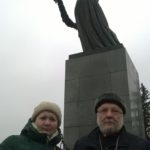 On January 27th, the Day of the lifting of the blockade of Leningrad, Right Rev. Arri Kugappi, Bishop of the Church of Ingria, took part in a solemn memorial ceremony at the Piskaryovskoye memorial cemetery in St. Petersburg. On the photo you can see Natalia Yakuba, the member of the Evangelical Lutheran parish of Tyure and ELCI Bishop Arri … END_OF_DOCUMENT_TOKEN_TO_BE_REPLACED