On August 31, 2022, Rev. Aleksandr Furs, pastor at St. John’s Lutheran Church in Saratov, represented The Church of Ingria and his congregation at a meeting of the Council for Interaction with Religious and Ethnic Associations, an advisory body for the Governor of Saratov Oblast. Rev. Furs was filling in for a standing member of the council as his deputy. The meeting took place in the building of the oblast government. Its agenda included items significant and relevant for the region. Interim Governor Roman Busargin presided. 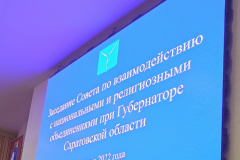 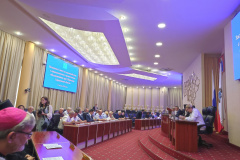 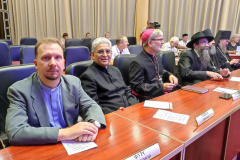