On August 28, 2022, members of St. Michael’s Lutheran Church of St. Petersburg (The Church of Ingria) visited Levashovo Memorial Cemetery.
Levashovo Memorial Cemetery commemorates the victims of Soviet political repression between 1937 and 1954 who were executed there or died in the city’s prisons and were buried in unmarked graves at Levashovo in the northern outskirt of St. Petersburg. On August 28, 2022 was the 155th birth anniversary of Alfred Szitnick, a Russia German, the last chairman of St. Michael’s church council before the church’s closure in 1935, who was executed and buried at Levashovo in the late 1930’s.
The cemetery features commemorative signs and cenotaphs in memory of executed individuals and memorials to people belonging to various ethnic groups and regions in the Soviet Union who were killed there.
By a tragic coincidence, August 28 is Day of Remembrance and Sorrow of Russia Germans as on that date in 1941, during WW2, the Soviet government passed the decree about a forced deportation of Volga Germans away from the Volga Region to Siberia, Kazakhstan and Central Asia, during which many of them died. The survivors include the ancestors of some of the current members of St. Michael’s Lutheran Church.
It is now a tradition for Russia Germans who live in St. Petersburg to visit Levashovo Cemetery on August 28 and commemorate the Russia Germans and all the other people who fell victim to the repression.
The members of St. Michael’s Church who arrived at Levashovo on that day joined in with the commemorative prayer of St. Petersburg’s Lutherans from the Evangelical Lutheran Church of Russia and Roman Catholics who prayed together.
Photo credit: Tatiana Ryumina
Original post in Russian 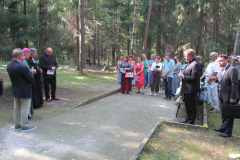 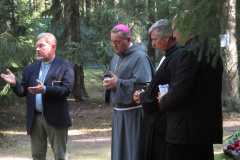 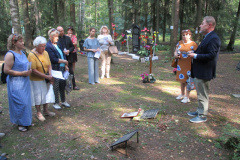 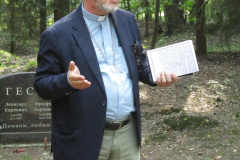 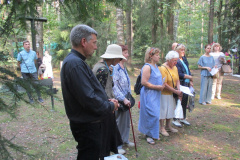 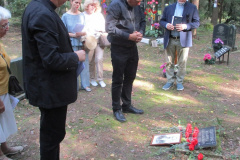 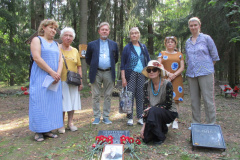 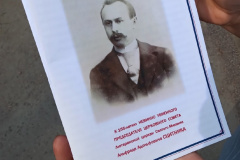 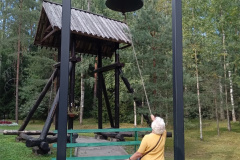